Hattie Maria Corrin was born in South Coventry, Connecticut on October 23, 1864. She was educated in private schools and enjoyed a comfortable existence until the business recession of 1877 and the death of her father a few years later drastically affected the family’s fortunes. The family moved in with relatives and Hattie contributed to their support by giving piano lessons.

She was married in 1888 to Lester B. Lockwood and moved with him to Tacoma in what was then the Territory of Washington. Her only child, Lester Corrin, was born there in 1892. In 1897 the marriage failed and she found herself alone with very limited financial resources and a young son to support. 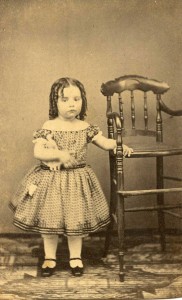 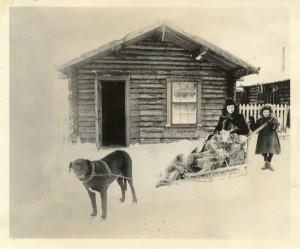 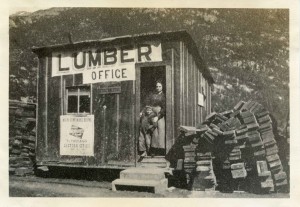 Work of any kind…

The Alaska Gold Rush was in full swing and in casting about for some means of supporting herself and her son, she and a friend, a professional nurse, decided to establish a combination hospital-hotel in Skagway for sick and injured miners. The two women pooled their resources to purchase building materials and medical supplies. En route to Alaska they were shipwrecked in a blizzard outside Skagway, losing all their provisions and barely escaping with their lives. She supported herself for about three years in Skagway in a variety of jobs, including nurse, assistant to a physician and steamship ticket agent, until the rigors of the life in Skagway affected her health. She returned to Tacoma, where she found employment as the supervisor of a mens’ club. Further decline in her health forced her to move to a milder climate and she used the small savings she had accumulated for her son’s education to move to southern California. 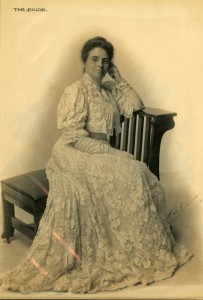 While convalescing in California, she met and in 1905 married Henry Alvah Strong, co-founder and first president of what is now the Eastman Kodak Company. Mr. Strong, a widower twenty-five years her senior, legally adopted her son and the marriage was an unusually happy one until Mr. Strong’s death in 1919.

Having made the transition from a life of struggle and hardship to one of considerable luxury, Mrs. Strong dedicated the remainder of her life to helping others less fortunate than herself. The list of her charitable activities and honors is far too lengthy to include here but includes the establishment in 1927 of a retreat near Paris for face-wounded veterans of the French Army (for which she received the Legion of Honor), the establishment of the Hattie M. Strong Foundation in 1928, and gifts of various buildings to hospitals, educational institutions and social service agencies in the United States, Europe, Asia and Africa. 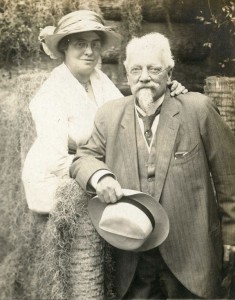 The consistent theme which ran through all her philanthropic activities was the desire to help people to help themselves. She disliked “charity” and constantly stressed the value of work, dedication and strength of character.